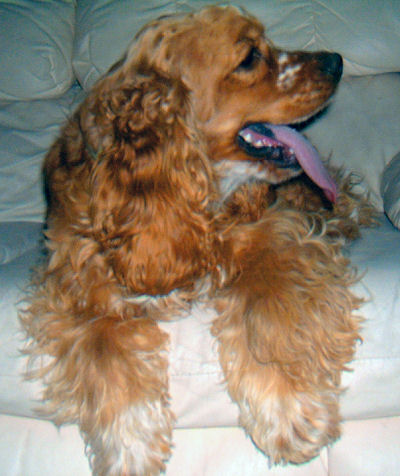 A mis-marked solid color.
This is what happens when a parti is bred to a solid.
See the white markings on the snout, neck, and feet?
That's a no-no...  according to the breed standard. 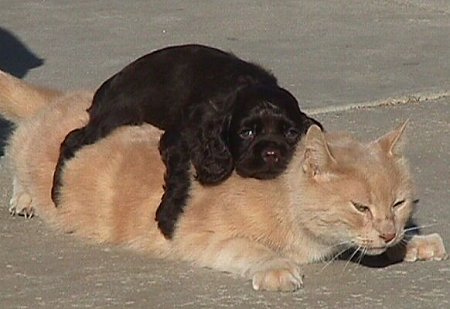 This pup knows a good pillow when he sees it!
Owner:  Gene and Dawne Christy of Hi-Acre Cocker Spaniels 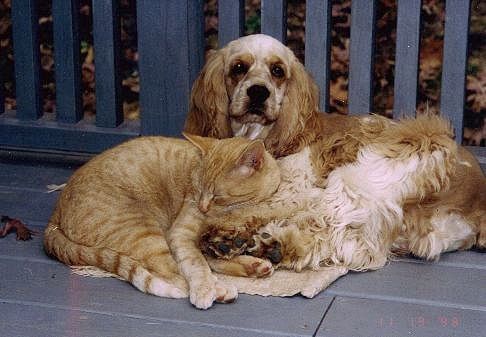 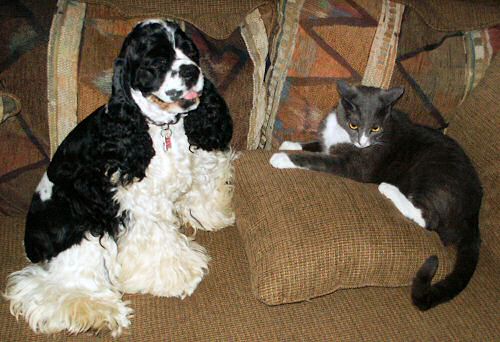 Our girl, Morgan, with our cat, Socks